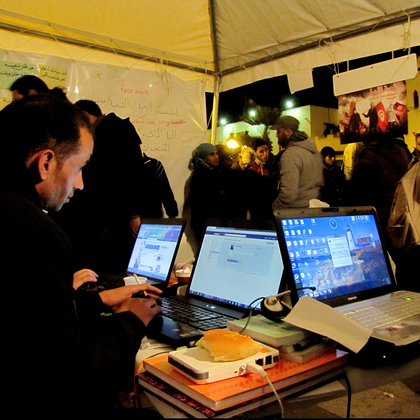 Ever since the Internet became a widespread medium of mass communication in the 1990s, its influence on democratic development has been a central issue.

New and relatively unrestricted ways to access and disseminate information were and still are seen as a means of undermining control mechanisms in authoritarian societies. More than a decade later, and in the light of the so-called ‘Facebook revolution’ in the Arab world, the authors in this volume seek to approach the impact of the Internet from different perspectives, beyond over-optimistic expectations of change in democratic practices. The focus hereby lies on Southeast Asia, with its unique variants of (semi-)authoritarian regimes, and includes often neglected aspects such as the reactions of authoritarian regimes towards these new challenges, the inter-connectedness of the ‘online’ and the ‘offline’ worlds, as well as the disparate development and usage of IT infrastructure in the region. Malaysia is an often cited example of a semi-authoritarian regime in which the Internet is seen as an important tool to counter a government-controlled media hegemony. The election results in 2008 in particular have been accredited with mobilizing voters through the use of online media and are seen as a challenge to Malaysias ethnic-based political system. In this article, however, it is argued that ethnicization, as one of the fundamentals of this system, is more complex and resistant and that, thus, simply having access to different kinds of information does not necessarily change ethnicized perceptions. Using the theoretical framework of manifestations and implementations of ethnicization, this paper aims to identify the ambiguities and contradictions that result from the impact of the online media in an ethnicized society, and demonstrates that the online world eventually reflects offline structures of power, wealth and knowledge.