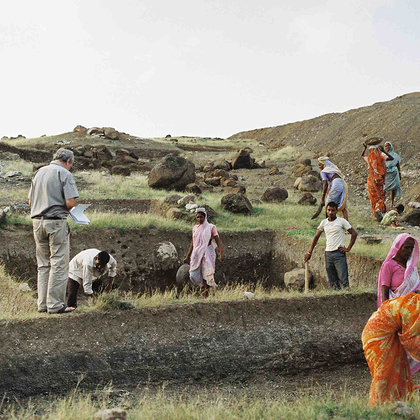 In the last 10 years, ‘peripheral’ welfare states in Asia, Latin America and South Africa entered into the focus of the international research agenda. Long neglected, many of these states developed modern welfare state policies and structures at the same time as most European countries. The contributions in this volume share a perspective on welfare regimes which challenges underlying Eurocentric assumptions and shows a keen interest in deconstructing actors, power constellations and ideas which shape welfare trajectories. Analytically, the concrete design of welfare states reflects political and social power relations which are embedded in the international political economy, formal and informal political institutions and state structures. The empirical focus is on the emerging ‘semi-peripheries’ where a considerable expansion of redistributive policies seems to be both empowering and patronising hitherto excluded groups.

Welfare Regime in the Global South: A short Introduction

Pathway to Redistribution: The Emerging Politics of Social Assistance Across the Global "South"

The end of the twentieth and beginning of the twenty-?rst centuries have seen an unprecedented growth in social assistance in countries as diverse as Brazil and Mexico, Namibia and Botswana, South Korea, India and Nepal. The extension of cash transfers to the poor through non-contributory schemes represents a fundamental transformation in the role of the state relative to markets and communities (or kin). Until the end of the twentieth century, the predominant welfare regimes in the South were either workerist, based on social or private insurance linked to formal employment, or agrarian, with a safety-net based in subsistence agriculture and the responsibilities of kin. The rise of redistributive welfare regimes focussed on citizens, rather than on workers or peasants, results from a combination of social and economic changes, new ideas and ideologies, and the political changes associated especially with democratisation. Whilst neither a necessary nor a su?cient condition, increased political competition for the votes of poor citizens is an especially important factor in the diverse pathways towards redistributive, pro-poor welfare regimes.

From Developmentalism to Inclusionism: On the Transformation of Latin American Welfare Regimes in the Early 21st Century

The paper analyzes the change in Latin American welfare regimes during the ?rst decade of the 21st century. It reviews literature on the development and adaptation of classical welfare regime categories to other regions of the world, and revises selected Latin American scholarly production on welfare regimes. It suggests that, behind typologies and normative assessments there are underlying common features in the regions historical welfare regimes that can be well understood as forms of problematic inclusion. It concludes by stressing the existence of su?cient elements to a?rm there is a contemporary inclusionist trend, cutting across ideological and political lines, that is making important contributions in the reduction of problematic inclusion.

Using James Scotts (2009) theoretical framework of the interaction between the state and peripheral people, we argue that the welfare state should be regarded as a pull-factor in the context of the states endeavours to project its power to distant peoples in assigned state zones. Our discussion is based on interviews in Xinyuan County in the Western part of the Xinjiang Uyghur Autonomous Region, China. Presenting current policies and alternative policy options discussed at the local level for providing primary health care in rural China, we argue that decisions made in the implementation process did not respond to the special health needs of mobile pastoralists in the high plains, but were part of the central state logic of homogenising settlement e?orts and health care.

Ideas in the Indian Welfare Trajectory

This article studies the ideas which shaped the development of welfare institutions in India. The analysis is situated in the broader context of the ongoing discussion on welfare regimes outside the OECD. It focusses on the way in which socio-political ideas shape the institutional arrangements of welfare regimes. Agency, context and coherence of ideas matter for their success, but they are also mediated through cultural parameters and preexisting institutional environments. In the case of India, ideas of social transformation played a strong role in the independence movement, but in the overall policy environment around the foundation of the republic, national unity was favoured over the potential turmoil created by social reforms. The early politics of accommodation have had a lasting impact up to now, despite two later ideational shifts.