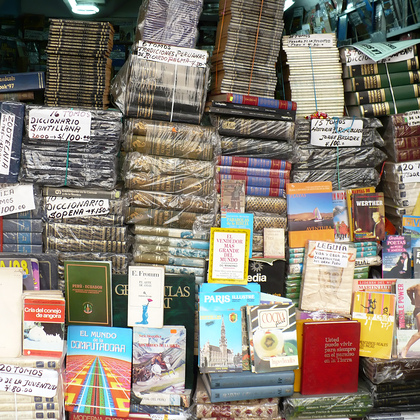 Since the conclusion of the GATT Uruguay Round, both the content of human intellectual activity and its dissemination have undergone an ongoing process of commodification. However, given that the international agreements still leave considerable room for maneuver, the commodification course does not appear to be an inevitable consequence of transnational law-making. This special issue thus addresses important questions that arise around knowledge commodification and its countercurrents in the Southern hemisphere, and poses the following questions: Which approaches are put forward and for which reasons? Whose interests are at stake? In what way do nation states have an impact on the adopted approaches? What is the role of transnational actors? Although the presented articles cannot answer these questions definitively, this special issue offers a snapshot of a broad range of dynamics that may give rise to an information society in the Global South. Trading Knowledge: The Southern Dimension of TRIPS and GATS

The following article examines the influence that the NAFTA regulations to protect intellectual property and the traffic of services have had on the Mexican innovation system. To begin with, Chapter 12 (traffic of services) and Chapter 17 (intellectual property) of the NAFTA regulations will be compared to the provisions of the TRIPS agreement. This will be followed by a consideration of the spillover effects that have occurred since the introduction of the NAFTA Treaty. Following this, the article examines the innovative behaviour of Mexican companies and research institutes since the introduction of NAFTA, and analyses how the treaty is perceived by the latter. The work is based on a document analysis of the NAFTA Treaty as well as on interviews with trade associations, researchers and politicians in the field of innovation policy, which were carried out by the author in 2007.

Global Wordings and Local Meanings: The Regulation of Traditional Knowledge in India and Brazil

In many countries of the Global South, indigenous communities have learned how to make use of the local biodiversity. However, their traditional knowledge has aroused the attention of scientists, corporations, and environmental groups. Most of these actors only perceive traditional knowledge as useful raw material for their own purposes and disregard the indigenous customary rights which are associated with its dissemination. The resulting conflicts are shaped by national regulations and an international regime complex of environmental and commercial law. This paper addresses the impact of the international regime complex on national traditional knowledge regulations. It compares the eco-capitalist approach in India with the more inclusive concept in Brazil with regard to their respective political priorities and their effectiveness against the backdrop of international agreements.

Commercial Markets or Communication Rights? International Norms and the Democratisation of Media Markets in Argentina and Brazil

Media markets in Latin America are generally concentrated and commercially structured. This has negative consequences for democratic debates as it constrains pluralist representations within the public sphere, particularly in unequal societies. Social movements and activists in the continent are thus demanding a democratisation of communication, for example through public regulation. At the international level, media policies are contested by different international regimes dealing with trade, culture and human rights. This article examines the debates in Argentina and Brazil to analyse the role of these international regimes and to show how and under which conditions they affect the political debate and current regulation.

The paper analyses the interaction between the governance structure consisting of the international treaties UPOV and TRIPS and the Argentine seed law and patent law the hierarchical instruments of state actors and the (non-)hierarchical instruments used by Monsanto to generate and implement a collectively binding norm regarding royalties on RR Soy and to alter the governance structure of rent appropriation. The paper addresses the reasons for the breakdown of Monsantos strategies in the struggle with the Argentine soy farmers and government and offers three possible explanations: conflict of legal norms, resistance of farmers associations, and the partial support of the Argentine government.

Patents affect the terms on which knowledge is owned and used, and how knowledge is owned and used is crucially important for development. In this article I analyse the trade offs that countries face in pursuing three objectives in governing the ownership and use of knowledge: the desires to (1) examine patent applications quickly, (2) assure high quality in patents granted, and (3) preserve resources. I present the three objectives as a trilemma, whereby only two of three can be maximised simultaneously. I examine diverse national and international responses to the trilemma, and I make the case for emphasising high quality of patent examination as the most important objective. The article thus advances a case for developing countries to invest resources individually and collectively in improving patent quality.