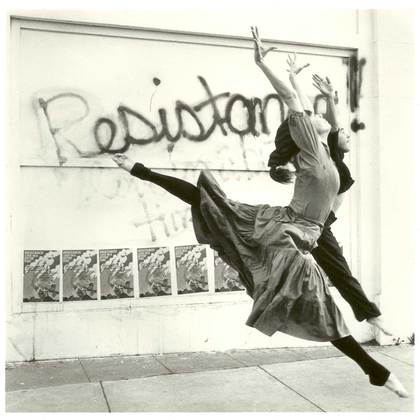 Discussions about resistance are currently enjoying broad media attention as well as increasing popularity among ‘radical’ and ‘progressive’ academics. The over-extensive application and unreflective, indiscriminate use of ‘resistance’ has, however, also attracted criticisms which question the term for its analytical value. This special issue, Rethinking Resistance in Development Studies, unfolds different theoretical understandings of resistance that have led empirical research on struggles against, for and within ‘development’ since the 1990s. Due to the explicit specification of theoretical understandings, which often remain implicit and empirically vague, authors encourage and facilitate further dialogue and exchange on the possibilities, challenges and limits of applying the highly popularised term ‘resistance’ in development studies.

The enormous variety of different understandings, definitions and theoretical approaches in studies of resistance across different disciplines, geographical and cultural contexts is strongly reflected in the interdisciplinary field of development studies in the last two decades. The most prominent characteristic of writings on resistance and development is their shared understanding of unequal North-South relations and the colonial legacy of postcolonial development interventions. Studying resistance on a global level since the mid-1990s did not necessarily imply a critical reflection on the epistemic regimes of postcolonial development discourse, and furthermore little attention was paid to more fragile, subtle, incoherent forms in which social movements or subaltern groups contest, subvert, reformulate and reclaim the dominant development narrative. More recent studies on resistance and development have tried to overcome these shortcomings (McMichael 2010; Motta/Nilsen 2011), and have enabled a perspective, which makes visible how acts of resistance (re-)configure development.

Resistance or Damp Squibs? Challenges to Colonial Power in Contemporary German Development Interventions in the Area of Reproductive Health in Tanzania

More than Remittances: Resisting the Dominant Discourse and Policy Prescriptions of the Global 'Migration-Development-Mantra'

During the past decade there has been an increased level of activity surrounding the governance, at the global level, of worker migration. One of the discursive frameworks under which much migration policy is discussed is the migration-development nexus. Parallel to state-led efforts such as international commissions and fora, has been the formation of migrant rights activist networks. They have begun to voice their resistance against the dominant migration policy paradigm, which is based on very little concern for the rights of migrant workers and their families. We thus argue for a theory of resistance rooted in transformative justice that occurs in the form of institutional change pushed from below (i.e. sub-state or transnational). We then offer a critique of the management discourse for having led to an instrumentalisation of the migration-development-nexus through its focus on remittances. The final section outlines and analyses the strategies of the two main activist networks in Asia. Their different tactics notwithstanding, both groups focus their resistance on the discursive level by challenging the dominant paradigms of migration and development and by promoting more inclusive concepts of human development and migrants rights as human rights.

Social Resistance to Austerity: Polanyi's 'Double Movement' in the Context of the Crisis in Greece

This article discusses social resistance to the austerity packages imposed on Greece from 2010 onwards, in the light of Polanyi’s concept of the ‘double movement’. Two further aspects, noted by Polanyi, are typical of the Greek case: the role of the speed with which specific policies were implemented and the way these policies were justified. Although official data show that Greece has achieved the highest speed of ‘structural reforms’ worldwide, domestic and international elites that promote austerity policies attribute the programme’s downturns to delays in its implementation and to all those who resist the measures (trade unions, citizen groups etc.), who are considered as ‘obstacles’ to the reform. This way of appealing to such ‘obstacles’ to explain failures of specific policies is in direct analogy with early liberal views about self-regulating markets, as already described by Polanyi. Finally, it is argued that the heterogeneous and often fragmented forms of resistance that appeared in the course of the Greek crisis constitute instances of what Polanyi characterised as the “realistic self-protection of society” against liberalisation and marketisation.

The Foucauldian approach of biopolitics has become popular in current development studies because it is considered fruitful for studying resistance, especially in developing countries. Studying social movements in post-colonial localities through the Foucauldian perspective, it is argued, makes it possible to conceptualise new kinds of resistant, critical subjectivities capable of challenging the dominant, neoliberal development paradigm. Although a valid argument from the perspective of theoretical discussion, viewed from the grassroots level it can be criticised for theoreticism and elitism, qualities that, as pointed out in postcolonial theory, characterise much of the Eurocentric social movement research. This article reflects on these themes by drawing on an empirical case study that explores resistance to neoliberal development in Kolkata, India, introducing also some critiques that the Foucauldian approach has encountered. Based on critiques presented by both South Asian scholars and social movement activists, the article highlights problems in Western theory and knowledge production, while discussing the possibility of crafting genuinely movement-relevant theories of resistance that transcend the separation between theory and practice.