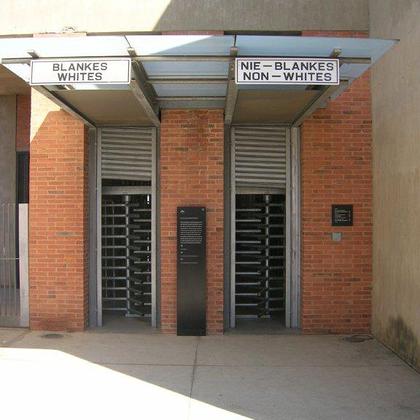 1994 marks one of the most important years in the history of South Africa and, more generally, the African continent. The first general elections of South Africa did not only end apartheid as a political system and state doctrine, which lasted for almost half a century, but also a history of racial exclusion extending over three centuries. Structures of inequality, ideologies and mentalities, which had been formed by many decades of institutionalised racism have, however, not disappeared with a stroke of a pen. In addition, the end of the apartheid rule in South Africa did not only have a significant impact on South Africa alone, but also on the entire African continent, especially the southern African subcontinent. Considering both the long history and the regional dispersion of racial segregation in the southern African subcontinent, this JEP issue extends the existing analyses on the inheritance of apartheid and discusses the relevance of apartheid today for the southern African region, 20 years after its end as a political system in South Africa. Although this issue offers only limited space to discuss such a broad topic, the reader will undoubtedly find food for thought.

The end of the apartheid regime has had highly significant implications not only for South Africa, but for the wider Southern African region. As part of thes colonial heritage, the neighbouring states are closely and asymmetrically linked to the South African economy. The apartheid regime had pursued aggressive policies of destabilisation against its neighbours, particularly against Mozambique and Angola, in order to cut the South African and Namibian liberation movements off from external support and in order to destroy alternative development models, particularly left-wing ones. The difficult heritage of the apartheid era, of asymmetrical regional relations and past destabilisation policies on the one hand, and the end of state socialism and the global shift toward neo-liberalism on the other, have been conditioning factors for post-apartheid transformations. This introductory article gives an overview on political, economic and social transformations, their structural constraints and main political and social actors.

South Africa became a member of the leading regional organisation, the Southern African Development Community (SADC), with the ending of apartheid in 1994. What relationship has evolved between South Africa and SADC in the 20 years since then? This article argues that the relationship can only be understood against the background of some pre-1994 history. The precursors to SADC, which was founded in 1992, had been antagonistic to apartheid South Africa, which in the 1980s had carried out a policy of destabilising other countries in the region. South Africas relationship with SADC has also been shaped, from 1994, by its relative economic strength, as well as by the nature of the new multipolar global

economy, which emerged in the 1990s. This article firstly discusses political, then economic, aspects of the evolving relationship from 1994. Among the topics examined that help explain the relationship are the hegemonic role of South Africa in the southern Africa region; its foreign policy and economic regional integration strategy; the influence of external actors,

such as the European Union (EU); the existence of the Southern African Customs Union; and the role that regional infrastructure projects play in the regional integration process.

Financialisation and the Production of Inequality in Namibia: A Socio-Spatial Perspective

This paper posits that the present is characterised by a planetary condition of financialisation. The paper traces the historical development of Namibias economy on its journey from colonial dispossession to racialised capitalism and further to a liberalised free-market economy. It proposes that Namibias economy is increasingly financializing, and thereby is not only dismantling the rather modest national productive base, but actively hindering the prospects of overcoming the legacies of a deeply unequal society and its apartheid geography. In this context, where the quest for economic growth is as desperate as it is ubiquitous, only active opposition will be able to develop and push for alternative economies, and the alternative production of housing, space, and more equitable social arrangements.

From the Past to the Present: Regulating Migration and Immigration in Post-Apartheid South Africa