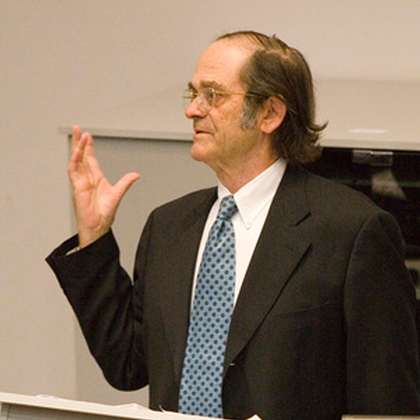 Giovanni Arrighi (1937–2009) was one of the most eminent scholars of the contemporary world-system. This special issue of the Journal of Development Studies retraces Arrighi’s intellectual trajectory and provides an overview of his life work. The contributions by Walden Bello, Fortunata Piselli, Caglar Keyder and Zafer Yenal focus on regional developments and how Arrighi’s ideas were adopted for the detailed analysis of case studies of various world regions. By contrast, the chapters by Samir Amin and Thomas Ehrlich Reifer analyze issues of oligarchic wealth and North-South relations within the context of global capitalism. By demonstrating the breadth and scope of Arrighi’s vision and the impact of his legacy, this journal pays tribute to a scholar of singular importance.

China and the Global Economy: The Persistence of Export-Led Growth

The article offers an overview over the persistence of Chinas export-led growth and its problematic implications. It is argued that the integration of China into the global economy was caused by two factors: On the one hand, a voluntary act of the Communist Party, on the other hand a functional need of contemporary capitalism. The global overaccumulation crisis since the 1970s led to three escape routes from overproduction: neoliberal restructuring, financialization and globalization. Although all of them ended up in dead ends, China is playing a double-edged role in all three processes: While Chinas immense growth rates stimulate the global economy, the strong export orientation of China exacerbates the global overproduction crisis. It is argued that China is only able to dominate the world markets by exploiting its cheap labour and marginalizing the countryside. Instead of reinvesting profits domestically, the Chinese authorities decided to finance US assets to stabilize the foreign demand for Chinese products. Up to now, the interests of the export lobby in China prevent a real decoupling and transformation of the Chinese economy, which would require integrating the countryside, creating more domestic demand, and hence lower growth rates. Eventually, the strong export orientation of China, the US, and Europe in addition to (not with) possible import barriers may lead to global deflation, protectionism, and recession.

From Africa to Asia: The Intellectual Trajectory of Giovanni Arrighi

A Tribute to Giovanni Arrighi

The article offers an overview of Arrighis opus and describes the authors personal friendship and professional collaboration with him, as well as Arrighis important contribution to the understanding of contemporary capitalism. It is argued that it is worthwhile to further develop Arrighis analysis of capitalism by reflecting on core-periphery conflicts and class struggles. To explain the enduring dominance of the core states, the concept of the five new monopolies is proposed, which replaces the old industrial monopoly of the core. Moreover, the article introduces the law of globalized value as a completion of the (incomplete) Marxist laws of the transformation of value: In the globalized capitalist system, imperialist rent may be measured by globalized prices. This further transformation has to be taken into account in order to achieve a more sophisticated analysis as well as feasible political perspectives.

Reflections on Calabria: A Critique of the Concept of 'Primitive Accumulation'

Building on Giovanni Arrighis writings on Africa and southern Italy, this article describes the process of rural to urban migration and proletarianization in Turkey. During the developmentalist era agrarian transformations led to the formation of semi-proletarianized households in the cities, with significant ties to the countryside. The nature of housing in urban areas and the predominance of informal work relations contributed to this outcome. Under neo-liberal globalization a new type of proletarianization has emerged whereby workers do not abandon the countryside and instead find wage employment during part of the year. The recent experience of the Kurdish population, who were displaced from their villages in eastern Anatolia under military pressure, constitutes a third path toward proletarianization, where former villagers have been dispossessed and deruralized by force. These distinct paths imply different accommodations to capitalist employment, with different population dynamics and patterns of household reproduction.

Global Inequalities, Alternative Regionalisms and the Future of Socialism

This paper examines global inequalities and the future of capitalism and socialism through an investigation of the oligarchic wealth on which the current global order is based and also looks at growing challenges to these social foundations of the present global system. The bifurcation of the world-system in the 1980s with the ascent of Chinese-led East Asia and fall of Latin America, Sub-Saharan Africa, Eastern Europe (and other regions) is explored, as is the prospect for alternative regionalisms from Latin America to East Asia which may challenge the oligarchic wealth on which the current global system is based, through the generalization of democratic wealth across the global system.