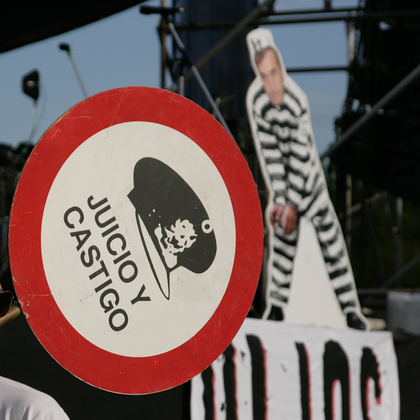 During the last decade transitional justice has become the pivotal concept for dealing with violent pasts in many developing countries. It reaches beyond the purely normative dimensions that had previously been covered by the judicial systems of modern Nation States. While transitional justice has a wide range of practical applications on the international level, as well as in many post-conflict nations, at the same time academic research on the topic has grown almost exponentially. However, some crucial issues have been disregarded because, at times, they are considered to be beyond the boundaries of the notion of transitional justice. The authors in this volume seek to shed light on some of these.

Knowing the Truth  What for? The Contested Politics of Transitional Justice in Burundi

The Quest for Transitional Justice in Afghanistan: Exploring the Untapped Potential of Customary Justice

Based upon an analysis of the peace process in Afghanistan since 2011, the article argues that past top-down approaches have failed to achieve the twin goals of peace and justice. Thus, customary justice and its associated structures offers an alternative approach to furthering reconciliation and addressing grievances, as well as to ensuring accountability for wrongs committed at the community level. Drawing from the work of The Liaison Office, the article highlights the advantages of customary justice institutions, but also cautions that their limitations (e.g., discrimination against women, an inability to reign in strongmen and address inter-ethnic conflicts) need to be addressed. The article concludes with the recommendation to establish a best practice association that can set standards for customary justice providers and guarantee the inclusion of women.

The article analyses contemporary practices of transitional justice in the aftermath of Argentinas last military dictatorship and offers insights into the local articulations of international legal conventions. Focussing on the concept of genocide, the author presents two examples of her ongoing research. The first explores the non-institutional, symbolic jurisdiction entitled Escrache, a collective practice developed by H.I.J.O.S. to ostracize amnestied genocidas (perpetrators of genocide) in their own neighbourhoods. The second example presents the national trials reopened in 2005. Two recent judgements in which perpetrators were convicted for crimes committed in the frame of genocide illustrate the innovative application and effective localization of cosmopolitan law. Taken together, the article examines the way in which social agents address the legacy of past violence and contribute to the symbolic inventory of collective memory and juridical practices.

Transitional Justice in Colombia: Does it Contribute to Reconciliation?

Colombia offers a valuable contribution to transitional justice research due to its attempt to implement post-conflict-instruments in the middle of an ongoing armed conflict. Ideally, these instruments would be able to become tools for peace and reconciliation. The author introduces the concept of political reconciliation in order to test its impact in this regard. The implementation of the concept in the case of Colombia shows that the state has made small steps in the direction of reconciliation, but that its legitimacy is still not established. The demobilization of the paramilitary units turned out to be non-transparent and ineffective, and its legal framework did not address the needs of the victims. However, the current victims law offers interesting perspectives with regard to the necessary structural transformations. It still remains to be seen however, whether it will turn out to be more than another good law on paper.