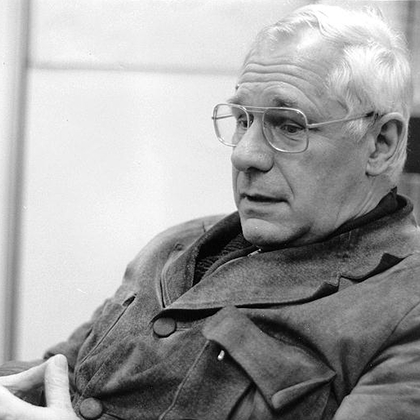 A Tribute to Andre Gunder Frank

The article explores the legacy of Andre Gunder Frank in International Relations. Frank developed a theory of the entire capitalist system as a planetary wide system of exploitation replicating centre-peripheral satellite relationships. Eploitation and accumulation generate a parallel geography that serves like a gigantic infrastructure channelling capital from the periphery to the centre. The author discusses some characteristics of the capitalist world economy assumed as universals and arrives at the conclusion that Frank's theory, however, failed to take count of important changes in the nature of capital as anticipated future earning, Contemporary International Relations, particularly in the sub-field of International Political Economy has developed a novel geo-economic conceptualisation demonstrating that the core-periphery schema of relationship was a transitory moment in the developmentof global capitalism.

Globalization, the Industrialization of Puerto Rico and the Limits of Dependency Theory

This paper assimilates aspects of the world-historic perspective of dependency theory, especially the work of Andre Gunder Frank, and the way it illuminates the specific role Puerto Rico's economy has played in the international division of labour. The paper argues that the industrialization of Puerto Rico in the period between 1948 and 1980 can be studied as a classic case suggesting that the export of capitalism, in the age of globalization, does not block development in the periphery, but rather stimulates it. It also suggests that Puerto Rico's industrialization within a colonial framework, including its policies of no tariffs on goods traded between the United States and the island, the retention of the U.S. dollar as its currency, and the exemption of profit remittances by American subsidiaries on the island from federal taxes, anticipated the future economic reality of "development" global economies in the world today.

Andre Gunder Frank: The Limits to the Latin American Lumpenbourgeoisie

This article takes issue with a small book published by Frank in 1969, Lumpenburguesia: lumpendessarrollo. In this book, Frank firmly questions the transformative capacity of the national bourgeoisies in Latin America. The lack of any revolutionary capacity of the bourgeoisie in the backward countries is, according to Frank, part of the condition of dependency. As a consequence, underdevelopment has to be perceived not only as an external force. Rather, the dominant classes in Latin America are partners in their own submission, becoming thus a "sattelite bourgeoisie". In the second part of the paper the authors discuss the recent political development in Latin America, characterized, on the one hand, by a polarization of the "lumpenbourgeoisie" into a small group of magnates who have benefited from globalization and the majority of smaller capitals displaced by brutal international competition and, on the other hand, by electoral victories of the political left in many Latin American countries. The authors question, however, that these governments of the left can engender a social dynamic leading to a true transformation of the lumpenbourgeoisie and its lumpendevelopment in Latin America.