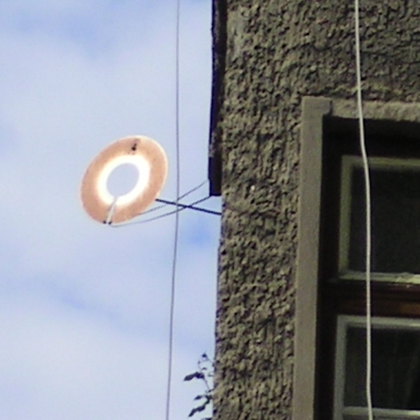 New Media, the Internet and the North/South Conflict

Information and Communication Technologies (ICTs) are a persistent element in the North/South conflict. Inequities in access to these technologies have been debated since the early meetings of the UN General Assembly, were at the core of the 1970s UNESCO negotiations about a New International Information Order (NIIO) and were prominent on the agenda of the UN World Summit on the Information Society (2003-2005). Two factors were constant in all these debates and negotiations. One factor was that costs and benefits of ICTs were usually couched by marginalized actors in terms of colonialism versus de-colonization. The other factor was that the most powerful actors in the world arena appropriated a discourse on social progress as a vital instrument of hegemonic control. The new media and in particular the Internet are proliferating rapidly around the world and are sold with this discourse. Moreover, in spite of all the declarations about our times as a post-colonial era, the Internet Age is part of a continuing process of colonization. De-colonization can only be realized once the colonized expose the deceptive promise of global digital capitalism and resist control by the colonizers in digital disguise through a process of digital dissociation.

What is Media Imperialism?

During the 1970s and 1980s, the debate about media imperialism erupted in the field of communication studies. A good deal of critique and discussion followed during the next few decades, as academics continued to debate the feasibility of the concept. Meanwhile, global media expanded and changed in various ways. Is media imperialism still a viable concept in an increasingly globalized, diverse media system? Or has a new form of cultural imperialism developed? This essay discusses how these concepts have been defined, how they have been challenged and redefined, and their current relevance.

Oil, Arms and Media: How US Interventionism Shapes Arab TV

Although the cultural imperialism paradigm appears passé, and despite allegations that Arab media foment anti-Americanism, US interventions in the Arab world raise the question of whether imperialism theory can help to explain the editorial policies of dominant Arab TV channels. Drawing on ideas about elite collaboration, this paper examines reasons behind the
launch and expansion of two Saudi-owned satellite television networks, MBC and Rotana, as well as the Qatari-owned Al-Jazeera network, which added Al-Jazeera English in 2006. It goes on to look at the Pentagons policing of Arab television news reporting and at Gulf deals with Hollywood studios. It finds that Arab ruling families dependence on US military backing has been reflected in decisions they make about Arab satellite TV.

The purported decline of American media on the global market, the appearance of lingual/cultural markets and the rise of new media centres have put the debate of cultural homogenization vs. heterogenization in a new light. This paper examines the role of culture as it is reflected in the way viewing preferences feed back into production decisions that lead to the transformation of imported media genre, using the transformation of reality television in Greater China as an example. It is argued that there is a need to go beyond the either-or conceptual framework and thus to see cultural and economic, and media and audience power as moving forces rather than
as dualistic dichotomies with a linear, predetermined relation.